The differences between the messages in a Birthday Ad campaign Print

Birthday Ad campaigns are a new addition to the software that came with the upgrade to the Coupon Reach software. It's also the main module used in the Birthday VIP Club program.

The new campaign type uses multiple message types which are the following:

- This message acts the same as the immediate message in the old campaign types in Coupon Reach (Standalone & Directory). The message will be sent out to the customer after they submit the form.

- This message will be sent to users who claimed their offers from the Birthday Directory. In Birthday Ad campaigns, users who're celebrating their birthdays in the current month by which they indicated on the form, will be redirected to the Birthday Directory to claim their offers. For users whose birthday is in a different month, they'll only receive the Immediate Message after filling out the form. But when their birthday is upcoming, they'll be subject to the Offer Message sequence which will be discussed in the next point.

- This may not be its official name but it's basically what you can set up in Step 5 when creating or editing a Birthday Ad campaign. 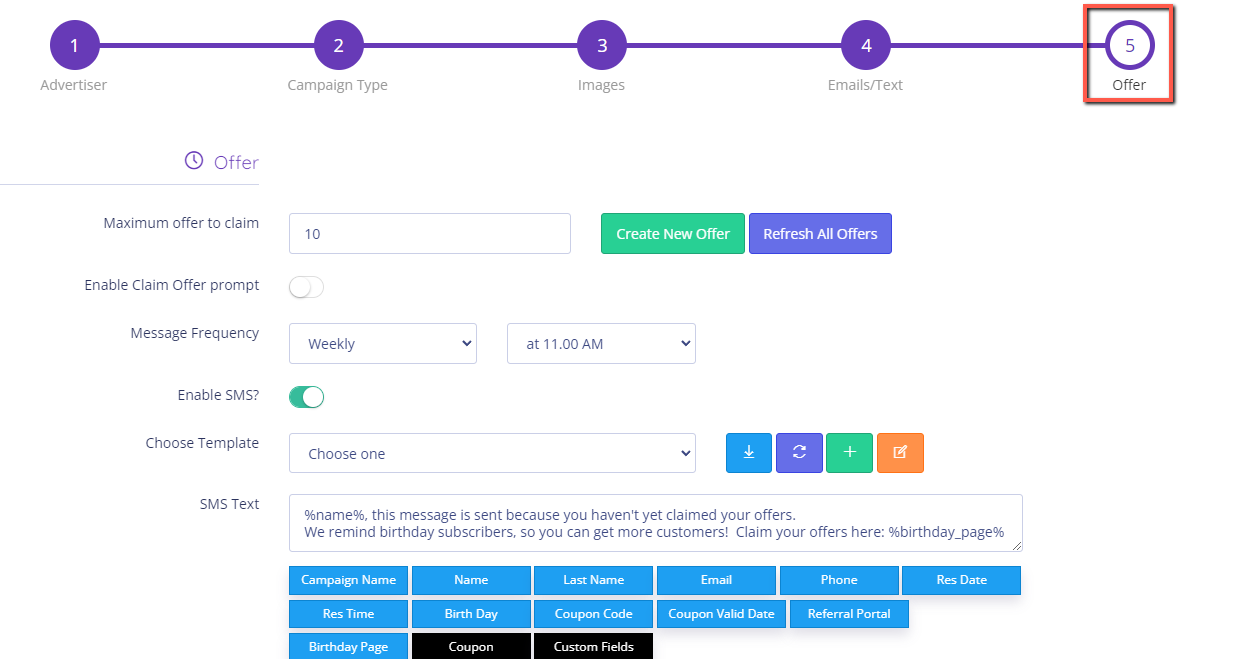 This message acts as a "reminder" for those whose birthday is still upcoming or those who've already been through the Birthday Directory but haven't claimed their offers yet.

- This message is the same follow-up message on other campaign types. Its sending behavior is based on all users' subscription date and time. For instance, a follow-up message with its sending set to 7 days at 1pm will be sent to the subsrcibers 7 days after they subscribed to the campaign at 1pm.